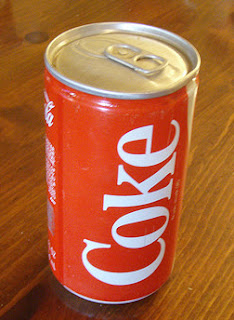 I made two discoveries when we went for our medical check-ups for superannuation, just before we received our first postings to schools:

It was the first time that I was given a jar and told to provide a urine sample. We gathered in the canteen at Newcastle CAE and drank lots of soft drink. Others also found this a bit daunting.


2. I was born with cataracts on my eyes.

When I went back to my ophthalmologist and asked him why he hadn't mentioned it to me, he told me that it wasn't significant, and I hadn't needed to know.

Now where do you suppose students were hoping to be sent to, after they left college?
I had spent 19 years in Newcastle, and was interested to see where the Department of Education would post me. But some students, particularly those who had grown up in Newcastle, had their hearts set on staying there. I was looking for a bit of adventure!

As it turned out, my first appointment was at Narromine, which I'd never even heard of! Narromine had been a central school (combined primary/high school) and had only just been upgraded to be a dedicated Years 7-12 High School. The town's population was 2,200 and the high school had about 400 students. The principal, Bernie Gallagher, had come from being deputy at Broken Hill High School, where there had been 400 in Year 8!

I was the only Music teacher, and had to teach Music in a science lab. I don't recommend it: there are too many temptations for kids to play with. Even if the teacher turns off the central gas tap, someone will find a way to distract you, and their accomplice will turn them on again.

I was very relieved when I was given my own classroom.

We had an appalling old green record player, issued to P E departments, for dancing classes. The sound was so bad, the kids confused the sound of the french horn with the sound of the violin. On that old monstrosity, they did sound the same!


One day, 11th November, 1975, I went home for lunch with Joan and baby Danny and heard on the radio that the governor general, Sir John Kerr, had sacked the prime minister, Gough Whitlam. I went back and reported this in the staff room I shared with the Science department. The head teacher told me that I was mistaken. It was impossible and could never happen.

But when we came back to school the next day, did I get an apology? What do you think?

Speaking of Gough Whitlam and the Labor Party, early in my time at my new school, the Australian government gave small grants to every Music department in Australia, which was a part of an Arts grant they made. We got $2,200, which seemed like a lot of money. It was meant to be spent on musical instruments, and we did spend most of the money on some guitars and trumpets and clarinets and other instruments I thought I might be able to help students learn on.

But we also purchased a decent record player and cassette player. It made a huge difference to be able to play the music through a decent amplifier and speakers. 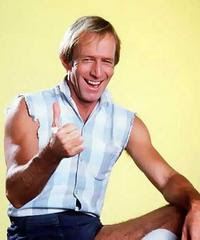 In 1975, Paul Hogan was very popular: mostly through his larrikin Winfield cigarette advertisements, which used Tchaikovsky's Fifth Symphony as their theme, with the punchline:

So when I attempted to play my students some Beethoven, they called him Bate Hogan, as if he were Paul's brother. I could never tell if they were serious, or were pulling my leg.

Abba was at the height of their fame, and the students enjoyed watching black and white videos of Abba's Australian TV special. So when I managed to get a choir together, their first song was SOS.

After we got the kids to sing at a school assembly, the deputy principal commented that they sounded out of tune. Thanks Noel!

table of contents
Posted by David McKay at 11:19 pm