PAGE TWENTY: inspiring pastors from the church I grew up in


When I think of Belmont Baptist Church, I think of Mr Betterridge. I attended the church from when I arrived in Belmont with my Mum and Dad and my twin brothers, Malcolm and Christopher, until I got married at the tender age of twenty-one and left home.

We had several other ministers, but Mr Betterridge was the one who was there for the longest part of this time and who made the greatest impact on me.

I can't forget dear Mr Dickson, who was the minister when we arrived, and his lovely, caring wife. Everybody always called them Nanna and Pa Dickson. As in many ministries, Nanna Dickson was a very important part of her husband's effectiveness. Some people even said that they came to faith in Christ, due to her kindness to them. 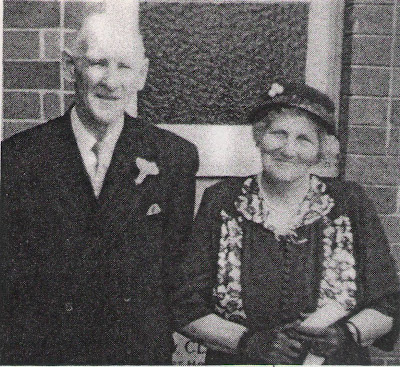 But I also remember benefiting from Doug Turley's time at our church. He explained to me some aspects of how the Bible was put together, which I don't remember hearing from any of our other pastors. Although he had conservative theological views, he was able to fairly describe points of view which he didn't share. I'm coming to realise how hard it is to do this.
And he was the first person from whom I heard the great Blondin illustration. Blondin was the famous Niagara Falls tightrope walker who told a man that if he really believed he could safely cross over the Falls on a tightrope, he should jump into the wheelbarrow and let him wheel him across.
Christian faith is not merely believing that Jesus died for the sins of the world, but thanking him for taking away my sins, jumping into his wheelbarrow and letting him take charge. Ripper analogy, isn't it!

Mr Betterridge is the pastor who baptised me (on 23rd January, 1966, I learnt from my father's first five year diary, which we gave him for Christmas in 1964. )

He was my Scripture teacher, encouraged my musical gifts and was a faithful Bible teacher. In our Scripture lessons at school, he would invite latecomers into the class with

He used to drive me to Baptist Youth Fellowship, held at Islington Baptist Church (except for the one time he forgot, and I was stranded on the Pacific Highway, until I realised what had happened.)
Later, he baptised my girlfriend, conducted our wedding and also dedication ceremonies for  our first two children. But I'm getting ahead of myself. At the moment I'm only 13 years of age!

table of contents
Posted by David McKay at 9:42 pm